Ben and Micky spoke at DrupalCon Seattle 2019 and New England Drupal Camp 2019 about scaling community conversations and decision-making.  Rather than having slides of fine print and links, we're posting resources here in this blog post.

Here's a short-enough-to-write-on-a-business-card link for this page – agaric.coop/scaling-community – for easier sharing these resources with others.

Get updates from Micky, Ben, and other Agarics on their involvement in lots of movement work.  We will send you  occasional dispatches from our perspective on various overlapping movements for freedom and justice, and the building of democracy thereby, as workers fighting the good fight and as passionate observers.

The most power possible for all people over our own lives.

“Knowledge is not power,” said Mariame Kaba (prisonculture), who knows a thing or two about it as a longtime organizer focusing on ending violence, dismantling the prison industrial complex, practicing transformative justice, and supporting youth leadership development.

Ben tends to fixate on the injustices caused by an organized, unaccountable minority making decisions affecting a much larger but unorganized majority, but there are plenty of problems that have nothing or little to do with the problem of concentrated benefit and distributed cost.  They're just still problems because we, society, hasn't gotten our act together.  Traffic jams affect millions of people who, while mostly not in the 1% of income or wealth, are easily in the top couple quintiles.

Coordination requires not doing everything oneself

Ben notes: I strongly believes that we, people generally, need to have the ultimate say in the things that affect our lives, including our own workplaces, our Internet connection, our home water supply, mediating platforms like Facebook and Google, and our medical care.

That does not mean I or anyone else wants to be micromanaging my coworkers, laying cables and arguing protocols, inspecting plumbing, reviewing commits and moderating posts, and ordering doctors and nurses around.

Even various approaches to direct democracy don't mean people do all the work directly.  But how can we be the ultimate decision-makers in so many aspects of society?

"The market" is attractive here: vote with your money.

A regular systematic redistribution of wealth could make that a feasible answer, but for now it means a certain few dozen people have more decision-making power than a few billion people.

So we need to try some other way of delegating authority.

On the problem of self-selected leaders

Chapter 28, The Restaurant at the End of the Universe, by Douglas Adams in the Hitchhiker's Guide to the Galaxy series.

Solutions to the problem of self-selected leaders

almost everyone nowadays insists that participatory democracy, or social equality, can work in a small community or activist group, but cannot possibly ‘scale up’ to anything like a city, a region, or a nation-state. But the evidence before our eyes, if we choose to look at it, suggests the opposite. Egalitarian cities, even regional confederacies, are historically quite commonplace. Egalitarian families and households are not.

David Graeber and David Wengrow, "How to change the coures of human history (at least, the part that's already happened)" (2 March 2018) accessed 2018 December.

During the years in which the [open source] movement has been taking shape, a great emphasis has been placed on what are called leaderless, structureless groups as the main -- if not sole -- organizational form of the movement.  The source of this idea was a natural reaction against the over-structured [corporations and universities] in which most of us found ourselves, and the inevitable control this gave others over our lives, and the continual elitism of the Left and similar groups among those who were supposedly fighting this overstructuredness.

The idea of "[openness/structurelessness]," however, has moved from a healthy counter to those tendencies to becoming a goddess in its own right. The idea is as little examined as the term is much used, but it has become an intrinsic and unquestioned part of [open source philosophy]. For the early development of the movement this did not much matter. It early defined its main goal, and its main method, as [writing working code and] consciousness-raising, and the "structureless" [open] group was an excellent means to this end. The looseness and informality of it encouraged participation in discussion, and its often supportive atmosphere elicited personal insight.  If nothing more concrete than personal [itch-scratching and] insight ever resulted from these groups, that did not much matter, because their purpose did not really extend beyond this.

Jo Freeman (aka Joreen) famous essay The Tyranny of Structurelessness (with the references to the women's liberation movement replaced with references to free software).

Contrary to the belief that lack of up-front structures lead to insidious, invisible structures based on elites, the absence of structures in small, mutual trust groups fights elitism on the basic level — the level of personal dynamics, at which the individual who counters insecurity with aggressive behaviour rules over the person whose insecurity maintains silence. The small personally involved group learns, first to recognise those stylistic differences, and then to appreciate and work with them; rather than trying to either ignore or annihilate differences in personal style, the small group learns to appreciate and utilise them, thus strengthening the personal power of each individual.

The word meritocracy comes from a political satire. It was never meant to be something we should aspire to. It was the opposite, actually, a warning about how we rationalize what we believe we've "earned". If that sentence doesn't seem to you applicable to the tech industry and our cyclical discussions about sexism, racism, and even occasionally classism,

Common in technical projects, a particular approach of "rough consensus"—a decision moves forward when all objections have been resolved in a way that everyone can live with or at least have been seriously considered and judged not to be showstoppers, whether or not anyone is still actively making the objection—is probably best described as the Internet Engineering Task Force's ideal in an informational document by Pete Resnick, On Consensus and Humming in the IETF.

Drupal is not a democracy

Having a BDFL model means loyalty, time, and attention is divided. There is often frustration as pressure for change and decisions reach an individual bottleneck. There is a strong feeling that any community change or action requires Dries’ approval before commencing let alone expanding. The project is bigger than one individual; it’s time to recognise that and place a community group at the center.

The Drupal Governance Task Force 2018 Proposal; see the issue posted for this in the Drupal Community Governance project.

In addition to the works quoted above, here are some that informed our presentation.

Other links of interest

What'd we get wrong?  What resources are we missing?  Send us a note or tell us in the comments below!

By Benjamin Melançon
On 2011 September 18

Congratulations to the new leadership committee for May First People Link! 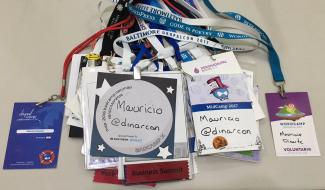 From snowstorms to volcanoes, Mauricio's international whirlwind Drupal tour was quite the adventure.

Who Are You in the Drupal Community?

As Drupal awareness grows and more people adopt it as a platform, the community becomes more interesting. There are some real characters that have grown to be major contributors to every facet of the beast. How did they evolve and find their place? 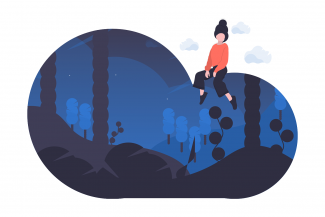 Despite the challenges and setbacks we all experienced in 2018, we're grateful for what we accomplished and resolve to fight even harder for the free and open web in 2019.