Who Are You in the Drupal Community?

As Drupal awareness grows and more people adopt it as a platform, the community becomes more interesting. There are some real characters that have grown to be major contributors to every facet of the beast. How did they evolve and find their place?

You cannot just apply the stereotypical nerd face to the Drupal community; it will not stick. This is the most welcoming community I have been a part of in my 17 years as a contributor in the Web Development arena, and in 8 years with Drupal, I have seen many new members welcomed enthusiastically.

For newcomers to the community, and to plenty of us who have been here for years, sometimes the question can be: where is my place in the Drupal community? The answer is: You can have many places or roles in the Drupal community. You are not limited to wearing one hat. Believe it or not, there is even a place for someone that has never seen Drupal. What better UI test candidate is there? From Guinea Pig to Drupal Glory, the path can start right there at zero.

Here is a recent month in my life with Drupal: January, 2014.

I managed to go to several meetups, be part of a Drupal Nights panel at BioRAFT in Cambridge, MA and I have three new Drupal client Websites in progress. I am a Project Manager on two sites and an Architect on the other. I introduced four new people to the Drupal community, two PHP developers, one artist, and one musician. All four of my friends have come to a meetup and they have each installed their first Drupal site! I think it is important to introduce new people to the Drupal community and to try and see it through by hooking them up with specific projects that may interest them, or by introducing them to people already part of the Drupal community that may have similar projects or goals.

A few weeks ago I finally convinced a colleague and friend that lives in Western Massachusetts to attend a Drupal meetup. We met years ago when we worked together at an over-funded company that developed an over-priced proprietary software app similar to Google Hangouts (we broadcast concerts and live events to anyone that downloaded the proprietary player). The company blew up in the dot com bubble burst at the turn of the century (just wanted to be able to say that phrase—'turn of the century'—it sounds kind of epic).

My friend had been trying to get his online store to be automated and he had been through the mill trying different solutions, some proprietary, Wordpress, even doing some strange super complex import process using Microsoft Access. I drove from Boston 100 miles West to pick up my friend and find the meetup in a small town called Hadley, MA. On the meetup page it counted only three people that had RSVP'd to attend. I hoped they were the right three people for my friend to meet. I also brought another friend with me from Boston, a local artist that needs a portfolio site and a way to sustain himself financially while helping other artists/musicians. He had just installed his first Drupal 7 site and had no prior experience with creating a website.

We arrived at the meetup just in time for some delicious pizza (yes, Drupal does feed your body as well as your mind sometimes) and lo and behold, there were about 20 people that showed up. The highlight of my night was when my friend asked if anyone thought he could create his site using the Commerce Kickstart distribution. He had already installed it and had started watching tutorials on how to set it up; the resounding answer was—of course—yes… but the better part is that a couple of people took great interest in his project (they were probably musicians) and right then and there, they walked him through a few solutions to some of the biggest challenges of his project, suggesting configurations and additional modules he could use.

The best part: Now my friend will be able to share his knowledge and help other people set up Drupal with Commerce Kickstart. In the near future I am sure he will also be helpful working on projects that require advanced configurations for Commerce Kickstart because I have known him to be creative, caring, and brilliant at learning new things— and now he has been bitten by the Drupal bug!

So, for that night, my place was to introduce new people to the community. The next day I helped someone install Drupal, so my hat changed. Another day my partners Ben Melançon and Stefan Freudenburg helped me set up my development environment on my new Linux box (which I promptly destroyed beyond repair). That day I was in the "help me I am falling" cheap seats place, but it did not feel irreversible. I was soon back in my site-builder role (making a site for my local Linux users group). A place we can all occupy sometimes, a role we can all play, is introducing new Drupal community members into the fold.

I would love to hear your stories of non-scary (or scary) introductions to Drupal, and hats you tried on to see if they would fit! 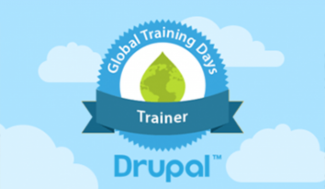 Join us for a whole day's worth of Drupal goodness.

By Benjamin Melançon and Michele Metts
On 2019 April 10

For those interested in Ben and Micky's talks at DrupalCon Seattle 2019 and New England Drupal Camp 2019, or who think they'd have been inspired if they'd been there, here are resources for scaling community conversations and decision-making. 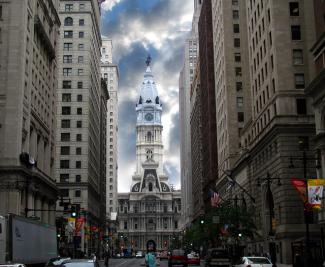