2017 was an amazing year for me. I met so many people, attended lots of events, presented a good amount of sessions and trainings, and traveled like never before. I got to interact with the Drupal community in many ways. And I learned so much, both technical and life lessons. Let me share a summary of my year.

To make the text compact I will use some abbreviations in the text. DC for DrupalCamp and GTD for Global Training Days. Meetups refers to local user groups meetings.

Thanks to my colleagues at Agaric for their support during my Drupal tour.

Thanks to Baddý Breidert, Hilmar Hallbjörnsson, and all the team who organized Northern Lights DrupalCamp. They went above and beyond to pull out an event against unfavorable conditions. The night before the sessions fell a record breaking amount of snow. The organizers went to pick people up from around Reykjavik and accommodated the schedule nicely. I was trapped in a bus stops, with snow above my knees, when Hilmar and Christoph Breidert picked me up saved me and took me to the venue. On top of everything, the organizers took everyone on free tours around beautiful Iceland. It was amazing!

Thanks to all the people and organizations who set up different events where I could present during my European tour. Cristina Chumillas (Barcelona), Baddý and Christoph of 1xINTERNET (Frankfurt), Valery Lourie and the SynergyCamp team (Sofia), Sven Decabooter and the DC Antwerp team (Antwerp), Ignacio Sánchez (Madrid), and Chandeep Khosa and Gabriele (gambry) (London).

Thanks to those who hosted me during my European tour. Baddý and Christoph of 1xINTERNET in Frankfurt, my colleague Stefan Freudenberg in Hamburg, and Rodrigo Aguilera in Barcelona. They opened the doors to their homes and their families during my stay. I will always be grateful.

Thanks to Anna Mykhailova for co-presenting a training with me at BADCamp.

Thanks to the awesome organizing team of Lakes and Volcanoes DC. In particular to Lucas Hedding who has helped the Nicaraguan Drupal community in countless ways.

Thanks to the Boston Drupal user group for making me feel at home every time I visit.

Thanks to ALL the people I talked to during the 2017 Drupal tour. The Drupal community is super friendly and welcoming. It is so great to be part of it.

Zsófi Major sent a t-shirt to Christian López. In its way from DC London to Drupal DevDays Seville, the t-shirt stopped by 9 airports.

V Spagnolo sent a present to Lucas Hedding. In its way from DrupalCon Vienna to Nicaragua, the parcel stopped by 10 airports.

The GTD in Frankfurt was super interesting. I installed Drupal in German. Not knowing the language, I had no idea how to pronounce the text on the screen. The audience was very kind in helping me. By the end of the workshop I was pronouncing some words almost right. ;)

As my fellow drupaler Eduardo (enzo) García says in his end of year recap, travelling takes a lot of energy. I have plans to attend some events in 2018, but not as much as I did in 2017. While staying at home, I will be able to accomplish things that would be difficult otherwise.

I will kickstart my Drupal learning project: understanddrupal.com My goal is to teach Drupal in multiple languages and multiple formats. To start I will produce content in English, Spanish, and French in text and video formats.

I will learn new languages. On the human side, I will start with French and I might give German a try. On the computer side, I will start with JavaScript and then move to Python. At Agaric we serve clients in multiple countries and with different application stacks. Learning new human and computer languages will help me serve better the clients and projects I participate in.

I want to learn new things. Software testing in general and creating applications in React are my first targets. Expect blog posts about my learnings next year.

I want to participate more actively in the free software communities in my country. Drupal, WordPress, JavaScript, and others. I would like to learn from them and share what I have learned in my travels.

We had a good Nintendo chat at Drupal Camp Twin Cities. Did you get a chance to play the new Zelda or Mario games? If not, I hope that is part of your 2018 :)

Hi Brian, it was great to

Hi Brian, it was great to meet you at Twin Cities. In 2017 I did not played as much as I wanted, but I got some hours of fun here and there. :) After playing for several hours, and making very little progress, I can only imagine the time investment required to beat the games! :O Those are indeed resolutions that might take a full year to get done. :-P Kudos to you if you have beat the games already.

By Stefan Freudenberg
On 2015 February 25

How to migrate HTML into a Drupal 7 site. 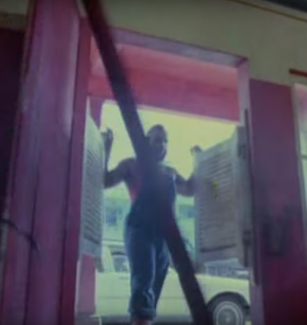 By Benjamin Melançon
On 2017 February 07

After years of giving a terrible initial experience to people who want to share their first project on Drupal.org, the Project Applications Process Revamp is a Drupal Association key priority for the first part of 2017. 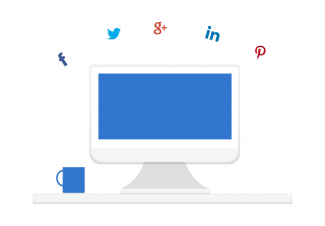 A step by step guide to creating a custom share button using the Social Simple module. 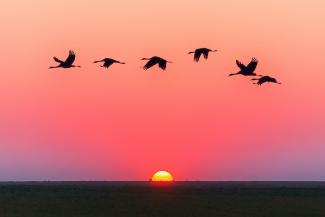