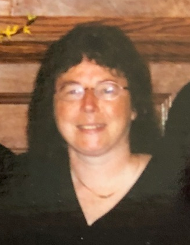 A friend of my mother's since our families lived in the same apartment building in Framingham when my older brother and Veronica's only daughter were young, Veronica learned computers when the time was right and launched herself into a highly-paid career while raising her daughter alone. Always generous with her time and money, Veronica took us on trips to Canobie Lake Park, gave us many more gifts than we deserved, and always offered to take us in if our parents threw us out, or if we just wanted out. Indeed, my older brother stayed with her for a time, albeit not exactly under those circumstances. I can only imagine the impact Veronica had on her biological nieces and nephews, and I know she took in a troubled teen for a while.

In 2009 and 2010, between jobs in her career, which then focused on enterprise resource management, Veronica worked as a project manager for this small web development cooperative. Veronica chaperoned my completion of a Harvard University brain science web site— literally. She drove me in to Cambridge many days through the grind of completing that project; two people from that Harvard office have brought Agaric significant business in the years since. A life-long learner, Veronica came to Boston Drupal meetups (driving me in to those also) and dabbled in making web sites herself.

Veronica remained a relationship rock as she recovered from previous strokes, always boosting those she loved. She always took the side of the younger generation, but didn't hesitate to tell us when, on rare occasions, she judged our mother to be right. Of course, it's my nephews who most recently received her generous benefit of the doubt and presents.

Veronica, everyone who knew you is immeasurably better off because of your kindness. You deserved better. I will miss you, and forever owe you another visit.

(This image is cropped from a larger one by the official photographer at my younger brother's wedding, as Veronica was truly part of my family. In it is Jakob Melançon, myself, Eva (bride) and Dan (groom) Melançon, Veronica, and my father John Melançon.)

memory, history, and past team members

Ben, my condolences to you and your family on the loss of your friend Veronica. What a nice testament to your friendship to write up this eulogy on your site. Thanks for sharing your story because it's the wonderful, kind people like Veronica that make the world go 'round.